Jony Heerink started studying Industrial Design Engineering in 2004. At that time, the bachelor existed only for a couple of years. In her masters she stepped away from IDE and started teaching. Nowadays she is teaching O&O, (Onderzoeken en Ontwerpen) at a high school. In this course students work several weeks on a project to solve a technical problem for a client. Besides that, Jony works for the UT as a teacher educator. This is Maybe not something you would expect from an IDE’er? In this blog Jony tells about her student time, previous jobs and what she is doing right now.

During her bachelor, Jony was an active member of S.G. Daedalus. To give an example, once she joined the Prom committee to organise the yearly prom. Next to that, she could often be found in the association room for a cup of coffee or tea. At that time, the year layers weren’t as big as they are right now. Think of around sixty students per year.

In her third year, Jony started with the education minor. The course chosen for this minor was physics. To be able to choose this course certain pre-knowledge was needed. Because of the mathematics courses in the IDE bachelor this was possible. This minor programme connected well to her studies in relation to the difficulty of the courses.

For her bachelor assignment Jony did a project in Cambodia. It was about a solar light designed in Delft. Also, packaging and teaching material for the usage needed to be designed. Three people were involved in the assignment. They went to Cambodia where they could test their designs.

Thereafter she decided to do the master Science Education and Communication to become a physics teacher. IDE involved too much computer work for her. During her masters she also got to teach O&O and this is what she is actually teaching nowadays. The master programme was a bit more difficult, because the level of physics didn’t match with knowledge gained during the bachelor. However, currently this is not the case anymore.

Even though Jony did another master, she said she learned a lot from IDE. Among other things, Jony learned to work together and think critically. This is something she wants to teach her pupils as well. She thinks it is important that students don’t just accept everything. They should be able to formulate their own opinion and think critically about what is said to them. Next to that, having conversations and asking good questions is something she has learned during her studies as well.

She notices that the mathematics and physics teachers don’t have design experience which they can use in the classes. This skill she has gained during her studies is helping her with teaching.

After her studies she applied for a job at a school. She has worked at several schools now. First, near the city she lived in. Later on she went searching for technasium schools nearby, in Harderwijk. Fun fact, she used to teach Alexander, the current Officer of Educational Affairs, when he was in highschool. Jony also got a job at the University of Twente. They were searching for someone who has experience with design processes.

At a certain point, combining these two jobs wasn’t possible anymore. One of the reasons for this was doing triathlon on top level. Therefore she quit teaching at the school in Harderwijk, but continued working at the University. She barely teaches physics anymore.

When looking back, Jony experienced her life as a student in a positive way. It was a great time. After her studies she started sporting more. She participated in triathlons on a high level until recently. She even participated in the European Championship! There are a lot of students who are training on top level as well. She wonders on what level she would be if she was sporting already more fanatically during her student time. However, then she would experience being a student completely different. No Thursday nights and hangover Friday mornings.

Her master was quite a challenge to finish, because it didn’t succeed her bachelor well. That’s why she is proud she finished it. She wants to say to the current students that you should do something you get a lot of energy from, but sometimes you just have to keep going, you will encounter struggles anyway.

Currently, it is easier to follow a Science Education and Communication Master, if you choose the right courses. As IDE’er you can now choose the design direction. It is also possible to do this as an extra master for 60EC, or 30EC when you finished the education minor. 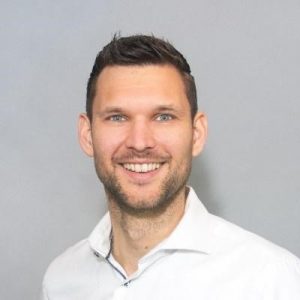 Frank Brussel is a 32 year old Product Owner, who studied Industrial Design Engineering at the University of Twente and was once a member of S.G. Daedalus. He graduated in 2016 and started a job at ALTEN (an IT consultancy company), after he travelled for a few months in Asia. It might seem strange that he only graduated 3,5 years ago, considering his age, but this is because Frank studied Physics before. Being interested in his student life back then and his life right now, we decided to interview this Daedalus alumni!

We first asked Frank about his student life. Frank was an averagely active member at Daedalus. Since he studied Physics before, he had to finish his studies in five years in order to still receive his student grants. That is why he did not join many extracurricular committees. However, he did decide to get involved with the programme committee (Dutch: Opleidingscommissie). He found it important that the evaluations were interactive and based on contact with students. That is why, together with the committee, he set up the evaluations as we know them nowadays.

In retrospect, Frank is positive about his student life and about the study programme as it was back then. He mainly liked the personal contact and attention he received from teachers as well as fellow students. He has learned a lot from the study and still sees the advantages in his work now. Especially the design attitude is something he still applies in his work nowadays. Through the program he has learned to look differently at the world and all the products he encounters daily.

During his masters he chose to go on a more digital route. He followed the Management of Product Development master track, mainly because of the connection with management and because there was room to make his own program with his own interests. He combined a lot of Industrial Design, Creative Technology and Philosophy courses, but always chose subjects closely related to the digital world. This was mainly because of his affinity with computers and the design of interfaces.

For his master’s thesis Frank designed an interface to manage cybersecurity on navy ships at Thales in Hengelo. While working on his thesis, he got the chance to talk to a lot of different parties, such as several government organizations and naval specialists. He designed an interface and eventually made a full prototype. He worked hard in order to finish his thesis in three-quarters of a year, so he could still receive his student grants. Eventually he successfully graduated in time.

While Frank was working on his master thesis, he got in touch with a recruiter of ALTEN. Before he even graduated he already got a job at this company. However, he first decided to take advantage of his free time and decided to visit Asia. He went on a trip through Nepal, Vietnam and Myanmar. If you get the chance, he would advise everyone to travel after their studies, as this was the perfect time to do it. After starting working, the limited number of vacation days makes it more difficult to travel for a longer time.

After this journey, he started off at the software consultant company ALTEN. Because this is a consultancy company, Frank got into contact with a lot of different companies. This way, assignments varied from the interface for an industrial 3D printer printing metal, to software for the management of railway infrastructure and to the interface for software governing maintenance for manufacturing plants. He learned a lot about the creation of software during his time at ALTEN and this made him a better interface designer. Designing something which is good is one thing, the next is to also design something which can be created. Especially, because working in a company, there is always a limitation of resources and many features you want to develop.

For a few months now, he has been working at Horeko with the function product owner. This company makes software that hospitality companies (such as restaurants) use behind the scenes. It allows the users to manage their profitability, by efficiently scheduling employees and managing recipes and ingredients. Due to the coronavirus, this job has become a little more difficult. However, Frank is dedicated to introduce new features in the software which help the restaurants during the new measures. In this job he is responsible for leading three teams of software developers and testers, and a user experience designer.

During his jobs he has learned several things that were not taught to him while studying Industrial Design Engineering. Of course this is mainly technical knowledge about software that he did not acquire during his study. Aside from that, he also learned a lot more about supervisors and being a supervisor himself. In spite of all the project work of Industrial Design Engineering, that already gave him a lot of skills, he discovered a lot more about supervising and working together.

The most important thing he has learned after his study is self-consciousness. He describes this as things such as: how do you deal with yourself, how do you deal with feedback, who are you and what are your personal characteristics. Frank thinks that some of this is explored during the study, but eventually this is something that you have to do yourself and will encounter on your own just as he did.

Do you have any specific questions for him? Don’t hesitate to contact him, through the board or on LinkedIn: https://www.linkedin.com/in/frankbrussel/